EZOOSMIC MEMBRANE ‒ a unique non-material structure. It represents the "sides" of spatial cube of the ezoosmic cell. The main action which gives live to all the material system - the process of EZOOSMOS – happens through the ezoosmic membrane (its centre). It is characterized by so-called “paradox of dimensions”: in three-dimensional world the ezoosmic membrane has practically no thickness, but at the same time it really exists and its inside space is infinite. Between nearby ezoosmic membranes which are on one straight line there is always absolute distance (by size).

In ancient texts and legends there was different information about the unexplainable (from the perspective of a man with materialistic worldview) inner space of the ezoosmic membrane which, on the one hand, has no thickness in the three-dimensional world, but at the same time its real space is infinite. That limitless, eternal space, from which the creative force (energy: in the book “AllatRa” the ancient term “the force of Allat” is used) and the initial plan come (information: in the book “AllatRa the ancient term “The Initial Lotus Plan” is used”) were called “the spiritual world”, “the world where gods are born”, “primordial”, “eternal”, “what was always before the creation of the world”. Moreover, the spiritual world name was initially plural (for example, the world of gods), as something that unites many (“one in many”) and the material system was used as single, allegorically compared with “cosmic body”, “mortal I” (Ego, from latin word “ego” – “I”). (Later on, with the development of religious and political institutions in the society and the rise of patriarchate, the spiritual world name became single (the world of God), while the material world name turned plural, the creative female divine nature was designated as evil, and the aggressive male nature was called good. It means that the signs were deliberately changed by priests and those in power from “+” to “-” and everything was changed completely to the opposite, to the benefit of the material mind system. Let’s take one clear example.

Mentions about gods named “Po” (or with the initial prefix Po in their names) who participated in the creation of the world were common among the peoples of Hawaii, Haiti, Easter Island, New Zealand, though they were at a significant distance away from each other. For example, according to the ancient cosmological views of the indigenous people of various islands of Polynesia (subregion of the Oceania, consisting of many small islands in central and the south-western part of the Pacific), in the result of the cosmological process there were “Kore” (emptiness) and “Po” (which is translated as “night”, “darkness”, i.e. the invisible). It is mentioned that such gods as Che (Sound), Ao (Light), Kune (Progress) and others took part in the creation of the world, including the gods-roots. In other Polynesian teo-cosmogonia the role of ancestors which were connected with the beginning of the cosmic process were taken by Atea (space) or Te-tumu (source).

More ancient variant of the myth about the origin of the world of Maori – the indigenous people of New Zealand – tells about the couple Rangi(Sky) and Papa(Earth). According to the legend Rangi and Papa had children (seventy sons and daughters) – future gods of Maori. For a long time they stayed in darkness in cramped space between the bodies of their parents who were in a tight embrace. In the end five of them tried to push Rangi and Papa apart though their efforts were in vain. Then the sixth child (Tane) straightened his mighty back and bumped his hands into Rangi (Sky) and pushed off Papa (Earth). The sky was casted away up and fixed on four poles (toko). In New Zealand it was described as the riot of the gods-brothers against their parents Rangi and Papa and the following quarrel between brothers. (Note: in the described cosmological conception associative images were given: of emptiness, the invisible Po particle, the creation of 72 dimensions was mentioned too(70 children and 2 parents), the separation of 6 dimensions, which form the material world, from 66 dimensions; the sixth dimension – the ruling part of the material world system, where every event in the visible world forms).

In Polynesian cosmology the Earth opposes both the Sky consisting of many layers and the underground world associated with the darkness of Po. Moreover, the functions of the upper and the lower worlds are often mixed together. It is the most typical division in many cosmological conceptions of different nations of the world, where the Earth denoted all the material world on the whole, the Sky – the invisible macrocosm, divided in dimensions (layers) and the underground world – the world of the invisible processes going at the level of microcosm (that what could be divided into the smallest parts, the state of “spirits”).

But the past knowledge, saved in myths, has been significantly changed according to the fashion of “new era”. This can be proved by the following facts: “The belief in one God who created the world appeared among the residents of Oceania islands much later: as a result of the creation of classes and the introduction of Christianity ancient myths and legends of Polynesia were transformed and changed in accordance with new views”.
References: Мифы, предания и легенды острова Пасхи. Перевод с рапануйского и западноевро- пейских языков. И.К.Федорова. [Myths and legends of Easter Island. Translated from Rapa Nui and western European languages. I.K. Fedorova] Moscow, Nauka, 1978. - p.12 [In Russian]; Мифы народов мира. 2-х т. Гл. редактор С.А. Токарев. [Myths of Nations of the World in Two Volumes. Head editor – S.A.Tokarev] Vol. II, p 319, 320, Мoscow, 1988 [In Russian]; Те Ранги Хироа (П. Бак), Морепла- ватели солнечного восхода [Te Rangi Hiroa (P.Buck), The Vikings of the Sunrise] Moscow, 1959 [In Russian]; Best, Elsdon. The Maori as he was: a brief account of Maori life as it was in pre-European days. Wellington Dominion Museum, 1924; Monberg, Torben. Ta'aroa in the Creation Myths. Journal of the Polynesian Society, 1956.

If you study ancient Greek literature (which is more popular and available to the public) about the creation of the world, then you can find the following. The personification of the initial state of the world, before the structured Universe(cosmos) appeared, was “chaos”. Though the initial world “chaos” had quite another meaning, different from the modern one. The word “chaos” derives from the ancient Greek word «χάος» (from «χαίνω»)– “to open out, to gape, to open out mouth; to eject” (Greek “chainein” – ‘’to gape”) and had the meaning of yawning of a gaping space, the primordial void.
Under the name chaos ancient Greeks meant unmeasurable infinite world space, the initial source of the Universe, the initial source of all life in the world from which everything originated, “without what there is nothing other and what exists without the other”. That is that initial “precosmic state” from which God created the world as ordered, harmonized cosmos. What is more, there are some mentions, that entering into that “gaping space” from which everything originates was allegorically connected with going through fog and darkness. (note: the analogy of the ezoosmic membrane).  Moreover, stoics mentioned that unlike Chaos-gape, chaos-substance was not empty. The chaos-substance, according to the stoics, is a very defused substance which thickens under the influence of vortex and creates the Universe.  (Note: for more information please refer to the phantom Po particles and their spiral movement). 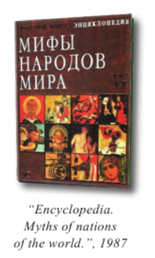 The initial information about all these phenomena and processes, which ancient Greeks refer to, can be found in the sacred knowledge of the ancient East which was borrowed by ancient Greeks and transformed according to their own understanding of these processes. One can find mentions about the Great Emptiness (translated by modern translators, unfortunately, as “unordered chaos”) for example, in ancient Egyptian, Japanese, Chinese, Polynesian mythologies about the creation of the world. This information can also be found in Scandinavian, American (Pre-Columbian) and other mythologies of nations of the world.

In many ancient manuscripts there are mentions about such concept as Zero (Null). This concept exists in many languages of nations of the world from ancient times. For example in Sanskrit ‒ शून्य(śūnya), Greek ‒ μηδεν ([miːðɛn]), which means «nothing, zero», Latin ‒ nullis, that means «not a one». In the Yoruba language, wide-spread in the western part of Africa, zero sounds as òdo or òfo and means «emptiness, nothing» and so on. The English word “zero” as well as the French word “zéro”, Spanish “cero” and similar names of zero in other languages derives from Arabic root «sifr» (صفر ), meaning «emptiness, nothing, absence of anything». In Arabic the word “zero” still has the same root.

In Sanskrit there were two words for “zero” – shunia (शून्य) and bindu (बिंदु). The word shunia is still used in Hindi and denotes “zero”. It is interesting that the concept shunia itself is an important philosophical category of Indian thought which has a deep meaning of emptiness, vacuum. In Mahayana Buddhism, namely in the “Prajñāpāramitā Sutras”, (Sutras on highest wisdom) the word “shunia” means psychological state of feeling emptiness, which is the main feature of the beginning of the state of “liberation” or nirvana. Also shunia may denote emptiness and freedom.

Zero was interpreted as the cause, which leads to a change: that what forms substance and what can be made in continuous transformation (Note: in the process of ezoosmos). It was associated with the primordial emptiness, which has in it the principle of creating all things. Null was explained as an absolute mystery, inapprehensible Absolute, “initial drive”, the sum of all the possibilities, “nothing”, “the state of absence of all the material: size, effect, mass, volume etc. For example, in Hinduism zero means something unmanifested, endlessness, eternal, non-existence. In ancient times in the East understanding of “existence” was associated with the temporality of being and the short-time sojourn of human body in it, and the understanding of “the real life” was connected with the spiritual world, with the fusion of the Personality with the Soul and passing into the spiritual world. It is not accidentally that zero was depicted as an empty circle, thus indicating that there is no death but absolute life inside the circle. Although this is not the only one depiction of zero.